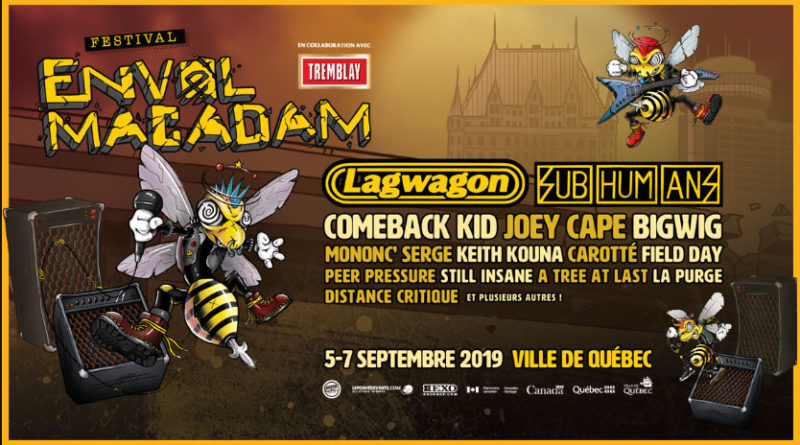 The 2019 edition of the Envol et Macadam festival festival gets underway tonight in Quebec City.

Thursday’s programming sees the return of Joey Cape to la belle province. The Lagwagon frontman has a love affair  relationship with the province of Quebec. And Quebec loves Joey back.

This being the 24th edition of the festival, which will take place from september 5th to september 7th is presented in collaboration with Tremblay beer. The three day event will bring international talent to the vieux Quebec area. Taking place beneath a bridge and featuring the likes of Comeback Kid, Big Wig, Subhumans, Mononc Serge and a barrage of local talent.  Lagwagon will also be performing on Friday night.

Envol et Macadam produces alternative music events and activities, supports the development of up-and-coming artists and builds bridges (while under bridges) between emerging talents and established professionals, both within Quebec and internationally through yearly initiatives.

In operation since its first edition back in 1996. Envol et Macadam has had many glorious and memorable moments. Perhaps none more than the tear jerking and heartfelt memoriam to the late Tony Sly. No Use For A Name had been scheduled to play that year, before the tragic and sudden passing of their frontman, Tony Sly. With heavy rain falling the moment the tribute began, Sly’s lyrics were belted out with fervor. As if tears falling from heaven.

This year will see the return of Sly’s lifelong best pal, Joey Cape and his band Lagwagon. Surely Cape and company will have something to add to the Sly tribute.

Anarcho-punk legends, Subhumans, will also be in la vieille capitale from the United Kingdom. New album in the works, and probably a few new tunes for the crusties in the fold. A staple in punk rock history, Subhumans are a must see. You can catch them Saturday night on the main stage, with support from skate punks, Big Wig.

Be there or be square, mon osti de tabarnac! 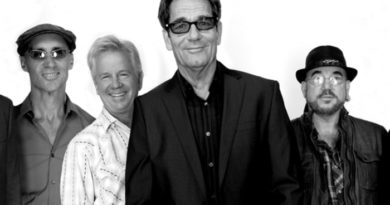 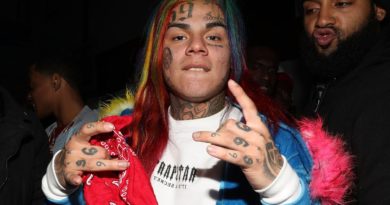 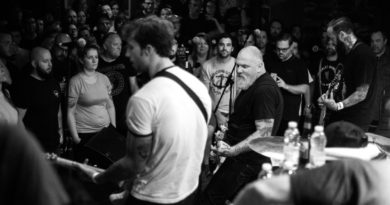