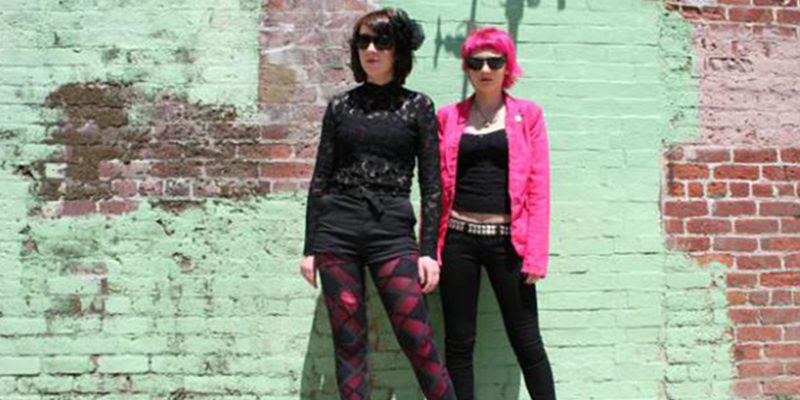 Balancing college, family and band life,hard working Lucy and Gwen, have managed to release five albums in over a decade. Touring for the newest 2018 release “Hit And Run” and in the process of writing another album,how do they manage? “It’s important to have good attitude and an intense love for music, as well as being fun and easy to work with.”

“This combination is good for making friends and connections” explained Lucy. When you dedicate your time it pays off, it seems. In 2016, they were were asked to be special guests on Green Day‘s Revolution tour, along with The Interrupters. That’s when they had to figure a way out to finish classes in college, while coordinating with professors. Juggling that lifestyle is tough but they managed to excel in both. Lucy will be finishing her last classes in May.

The pair were lucky to have picked up instruments early on in life. Learning gradually, leading them to play together, which they had never thought of doing at the time. It was a family friend that orchestrated there first band practice in their living room and the rest was history. Thanks to music constantly being played at home or in the car stereo, it was supportive parents that took them the extra mile. As sisters they share a certain bond; a musical language. That’s rare.

“Last september we were CJ’s (Ramone) backing band for a special Aquabats show at the EL Rey, which was amazing. That’s how we official became friends” said Lucy. They went from growing up in a typical Californian suburban neighborhood, to playing their very first show with legends Agent Orange. In 2014, they decided to a take a chance at auditioning for the iconic SLC Punk sequel. Landing a part in the film, named ‘Punks’s not Dead’, along with Screeching Weasel and the Dwarves.

Getting acquainted with so many bands in the scene, they made some interesting friends along the way. “We started touring with The Aquabats well over five years ago now. Those guys are so nice and put on a spectacular live set. It was also a real treat to get to know the guys in Reel Big Fish. When bands surround themselves with positive energy and a great crew, it definitely sets the mood of a tour.” Those experiences were truly magical for Dog Party. Giving them a taste of both smaller, intimate crowds as well as the larger than life stadium extravaganza. “The onstage sound at big venues has the potential to be absolutely perfect. Both are super fun and we are so grateful to have the opportunity to play in both settings.”

Gwendolyn and Lucy describe their band as being heavily influenced by 60s rock with a splash of Punk. Eagerly dropping names such as The Monkees, The Byrds and The Beatles, Elvis Presley and basically everything that would have been found on the billboard charts of the time. The sisters go on to exclaim their love for older country music, too. Artists such as Hank Williams and Loretta Lynn, Buck Owens and Johnny Cash. Quick to add that they’ll forever be most influenced by classic Punk groups such as X, The Buzzcocks and The Descendants, as well as the mighty Ramones – you can only imagine how excited they must be to be hitting the road on CJ Ramone‘s final tour.

There’s a lot of things to discover about the world around you when away from home. New places to see and cultures to explore. But the road can also be a cold and lonely place, even when driving it with a sibling. “If we don’t have a long drive, we try to fill our days off with fun activities. This tour we visited the Rock ‘n’ Roll Hall of Fame in Ohio and went horseback riding in Idaho. We also try to scout good food.” exclaimed Lucy. Surely the girls will be eager to sample Montreal’s best known delicacy, poutine. They apparently also have a love for ketchup chips! For this happy-g0-lucky duo, the hardest part of touring is leaving their dog, Terrance, behind. As well as their cassette and record collection, Mexican food and sushi. Although, most cities have Mexican haunts, and Sushi too.

When the duo play Montreal later this week, they’ll be doing so for the first time – and playing for just their second time on Canadian soil. The sisters claim to provide their audience with an electrified journey, that will be composed equally of tracks from each of their five albums.  “There’s a point where we tone it down in the middle, but we quickly ramp up the set for a fiery finish” said Gwendolyn. The sisters are also quite partial to playing a cover of Wanda Jackson‘s “Fujiyama Mama”. Something to look out for.

Dog Party are champions of the feminist movement and big on empowering other all-female artists, too. “Regardless of gender, most bands have control over who is a part of their team and bands they tour with. We have been consciously working on ways to incorporate more females onto our team because we know this is an area the industry lacks. We just finished a tour with Bad Cop/Bad Cop who also acknowledges the lack of female representation in the industry. It was so great talking to them and Pity Party on how empowering this tour package was and our intentions to incorporate more strong women into future tour packages.”

Dog Party will be performing with CJ Ramone on August 14th a L’Escogriffe in Montreal, looking to experience a little of our “Je ne sais quoi!” 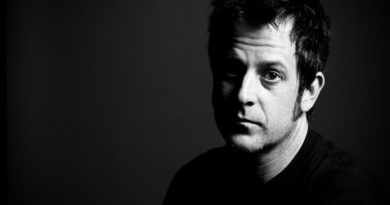 A year since the passing of Tony Sly

July 31, 2013 Brian Perry Comments Off on A year since the passing of Tony Sly 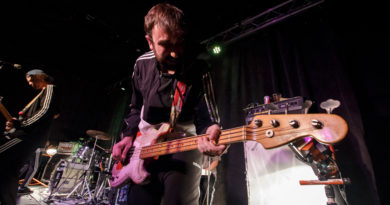 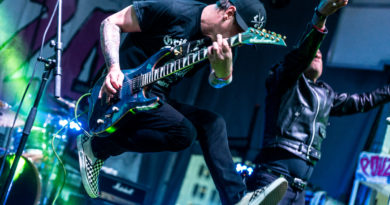 June 6, 2019 Brian Perry Comments Off on Pouzza Fest 9 in photos